Petroliam Nasional Bhd (Petronas) is expected to spend US$500 mil (RM1.74 bil) to US$1 bil (RM3.5 bil) to develop Phase 1 of the K5 field offshore Sarawak, which is poised to be the world’s highest carbon dioxide concentration gas development project.

“Phase 1 of K5 is similar to a pilot project to test a technology that has never been used before to unlock opportunities not only in K5 but other recoverable hydrocarbon reserves around the world of about 910 trillion cubic feet (tcf).

“We are pioneering this due to our focus on research and development.

Nasir said Phase 1 of K5 was expected to start production by 2018. Discovered in 1970, K5 is a sour gas field with up to 70 per cent carbon dioxide content. It is located approximately 230 km from Bintulu in water depth of 80 metres.

To illustrate the sheer size of the K5 field, Nasir said the total development of Phase 1 would be enough to empower 400,000 households for 15 years.

“But ultimately, we will be the first to have a cryogenic distillation unit being installed offshore,” he said. Nasir said that once Petronas learnt about the technology used in Phase 1 of K5, it had the potential of exploring other recoverable hydrocarbon around the world totalling around 910 tcf.

“This initiative to pioneer the technology to develop high carbon dioxide gas field development is not taken by other oil and gas majors due to its economic limitations,” he pointed out.

Nasir added that at the moment, Petronas would not be looking for partners to develop the field, but would not rule out that option in the future.

“Currently, we just signed agreements with our partners in providing the expertise in technology,” he said. Petronas signed an agreement with Technip, Twister, Generon and UOP, a Honeywell company, to collaborate in terms of technology for the K5 field yesterday. 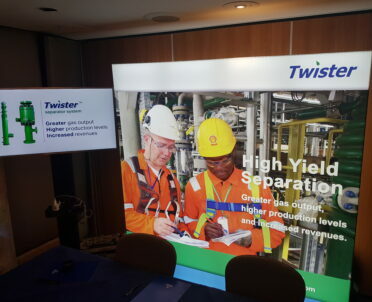 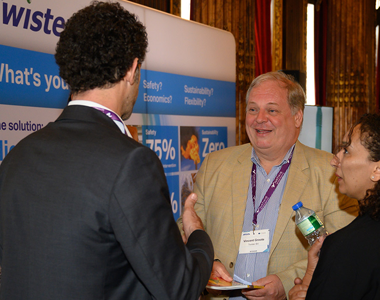 Twister at the Africa Assembly 2019

This website uses cookies to improve your experience while you navigate through the website. Out of these, the cookies that are categorized as necessary are stored on your browser as they are essential for the working of basic functionalities of the website. We also use third-party cookies that help us analyze and understand how you use this website. These cookies will be stored in your browser only with your consent. You also have the option to opt-out of these cookies. But opting out of some of these cookies may affect your browsing experience.
Necessary Always Enabled
Necessary cookies are absolutely essential for the website to function properly. These cookies ensure basic functionalities and security features of the website, anonymously.
Functional
Functional cookies help to perform certain functionalities like sharing the content of the website on social media platforms, collect feedbacks, and other third-party features.
Performance
Performance cookies are used to understand and analyze the key performance indexes of the website which helps in delivering a better user experience for the visitors.
Analytics
Analytical cookies are used to understand how visitors interact with the website. These cookies help provide information on metrics the number of visitors, bounce rate, traffic source, etc.
Advertisement
Advertisement cookies are used to provide visitors with relevant ads and marketing campaigns. These cookies track visitors across websites and collect information to provide customized ads.
Others
Other uncategorized cookies are those that are being analyzed and have not been classified into a category as yet.
SAVE & ACCEPT